You are here:
March 7, 2017Leave a commentBlogBy louise 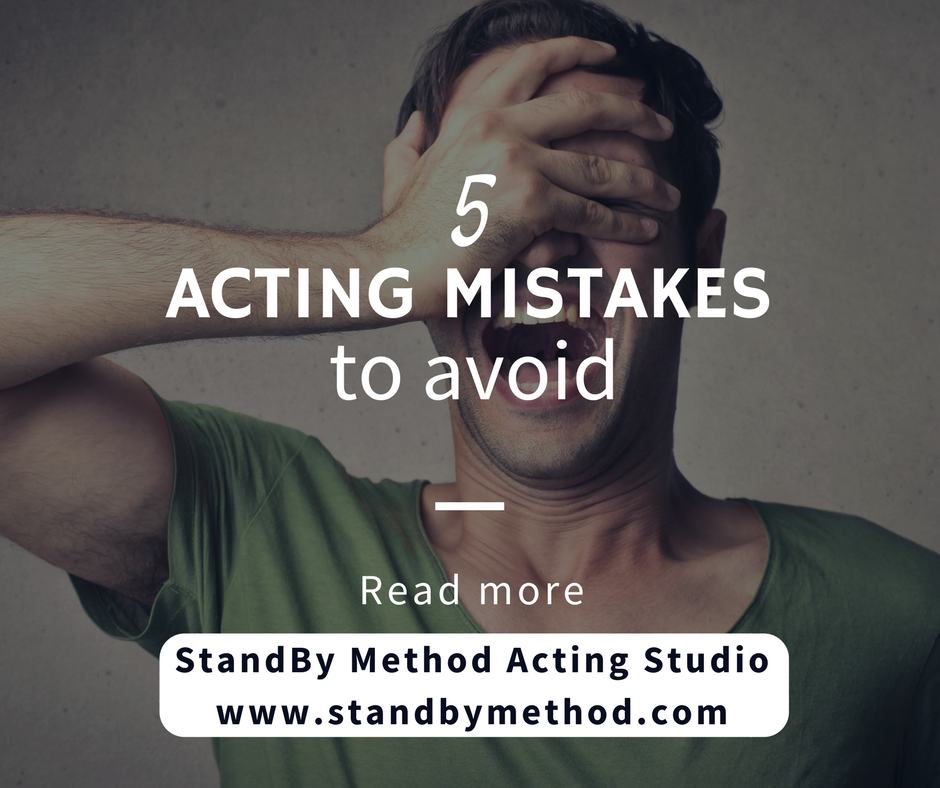 Whenever I speak to actors about what they struggle with, the main issue that crops up is knowing how to create an authentic character. Rather than focusing on the person they are to breathe life into, many actors focus on themselves; what they did wrong, whether they looked stupid, whether they got all the lines right… among other *issues*. We’re going to dive straight in today and discover the 5 acting mistakes to avoid, which hinder character development.

ONE BIG PIECE OF ADVICE

Never ever deviate away from the script. ALL the clues you will ever need to develop a role and create truth are in there waiting to be found. Read the script over and over and over and over again. When you do this you take the focus away from yourself and can concentrate wholly on piecing together all of the clues left by the script writer to find the voice, idiosyncrasies, walk, behaviour and motivations of the person you are to give life to.

Let me know in the comments box below, or share with an actor friend who could use some help with their craft.