How to get into character

You are here:
October 11, 2016Leave a commentBlogBy louise 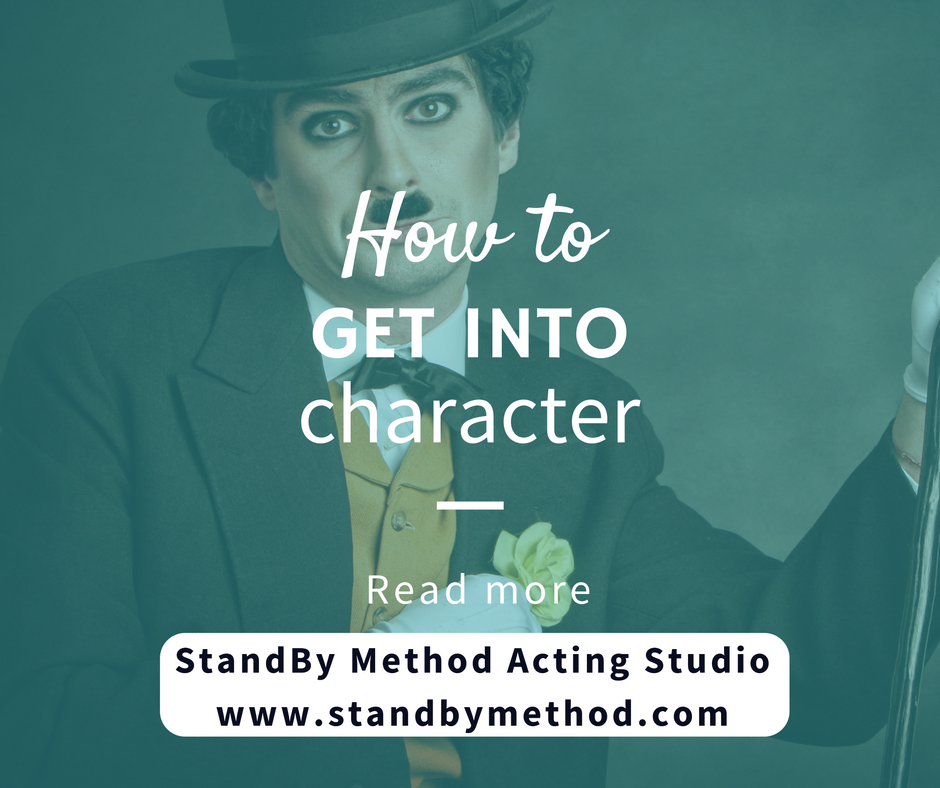 Method actors have this amazing ability to not only get into character, but live through the character and bring a depth that is unsurpassable. What I love about Method Actors is that they don’t appear to be acting, they appear to be living; they know how to get into character so well that you believe that ARE the character. Lots of method actors are very humble about their work, but when you see them on stage or screen it is electrifying to say the least.

For you to be able to act with the same intensity, authenticity, rawness and depth there are a few things you have to understand. The first is that you never ever become someone else. Every character you will ever play is inside you waiting to leap out. The second thing is that the character and you aren’t separate, the on;y thing that is, is the circumstances of both your life’s. You will marinate your life experience with your imagination to develop this person. Thirdly the character is a person and some separate entity. When we can get our head’s around this it makes it much easier to relate to a role and nurture it to life.

THE PROBLEMS ON SET

There are a number of things that can stop you getting into character on set (meaning on stage too) or at least make that process more difficult than it ought to be.

Sets can be very noisy places. With so much going off it can make it more difficult to find a quiet place to get focused (until you have your own trailer/dressing room).

Generally speaking actors are sociable people who like to connect with others, so when there are lots of cast and crew around who want to chat, it can be difficult to be disciplined and pull away to get into character because you may not want to be seen as rude.

The main problem I find for actors getting into character, is other actors wanting to do constant line runs. These actors mean well but may not be at a stage in their career where they’ve learnt to respect another actors process, which is different to their own.

But the biggest problem for many actors is knowing how to get into character, which I am going to help you with.

HOW TO GET INTO CHARACTER

Getting into character doesn’t have to be an arduous task, but it should be one you take seriously. Whatever you do whether on stage or screen will be forever etched either onto film or in the minds of your audience. That is not a job an actor should take lightly.

Using these steps, that many method actors use, to get into character, could be just the difference your acting needs to take it up a gear.

Don’t be afraid of what other people (cast & crew) think of you, as I used to be. Be confident knowing what you need to do to pull a world class, intense, authentic performance out of the bag.

What helped you with how to get into character?

Let me know in the comments box below, or share with your acting friends, it could be just the thing they need!

If you found these tips useful, you can grab yourself more tips completely FREE.

Louise O’Leary is a professional actress, method acting coach and Artistic Director of StandBy Method Acting Studio. Her mission is to help as many actors as she can achieve their acting dreams and become the best actor they can be. Join the hundreds of actors around the world who have downloaded her eBook “Respect your craft, discover my top 45 method acting secrets to launch your career“. Download here and be on your way to acting success today!