When an actor isn’t following their impulses in a scene, it’s because they lack confidence – they’re unsure whether their choices are the right ones. As a general overview lack of confidence leads to over-thinking, trying too hard, not taking risks, ignoring creative impulses and not building authentic connections with scene partners and/or character’s. This lack of confidence keeps actors in a safe-zone where their acting lacks life, and at its worse becomes mechanical and robotic. When an actor lacks confidence to the point that it is regularly interrupting their work, the risk of this becoming an ingrained habitual performance habit is extremely high. This is what I as a Method Acting coach am interested in resolving and why I will share with you how to let go in performances and follow your impulses.

Before I dig in, there’s something you should know about acting (my students have heard me say this a thousand times), there are two parts: logic and heart.

The sublime actor has 50% logic and 50% heart, but when there is a lack of confidence in a performance there is no balance – logic (over-thinking) significantly tips the scales,

Where does this lack of confidence come from?

Beliefs. Beliefs come from thoughts based upon experiences.

Lee Strasberg discovered, whilst training the likes of DeNiro, Pacino and many other fearless actors who came through his studio doors, that it’s not lack of talent that stands in the way of actors giving gripping, dangerous performances, it’s personal issues. Having coached actors for almost a decade I can say that I too have witnessed this on many, many occasions; personal issues are reflected in an actor’s work when the (negative) beliefs are strong and an actor is attached to them.

I don’t want to get too psychological about this, but here’s a couple of examples: an actor who has constantly heard they’re not good enough in life, or that they don’t do things properly, may not take risks in a scene and may rely on a director or their coach to tell them what to do or to give them permission to try something new – this is because the head is too involved, which is masking, and in some cases suffocating, the heart (the creative impulses – intuition).

How to let go in performances and follow your impulses

In acting we (the audience) don’t want your composure, your self-awareness and we don’t want your perfection because the human condition isn’t perfect. We want the colour, the mess and the struggle that comes with being human to be shared.

Trust that you are enough.

I’d love to hear from you, have you found this useful? Let me know in the comments and let’s have a conversation. 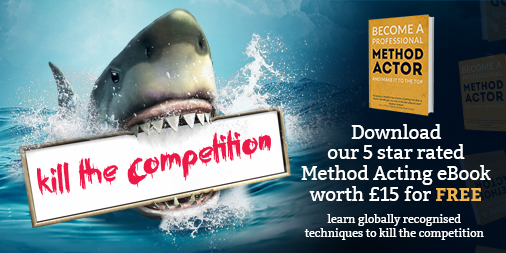