How to smash cold read auditions

You are here:
November 15, 20162 CommentsBlogBy louise 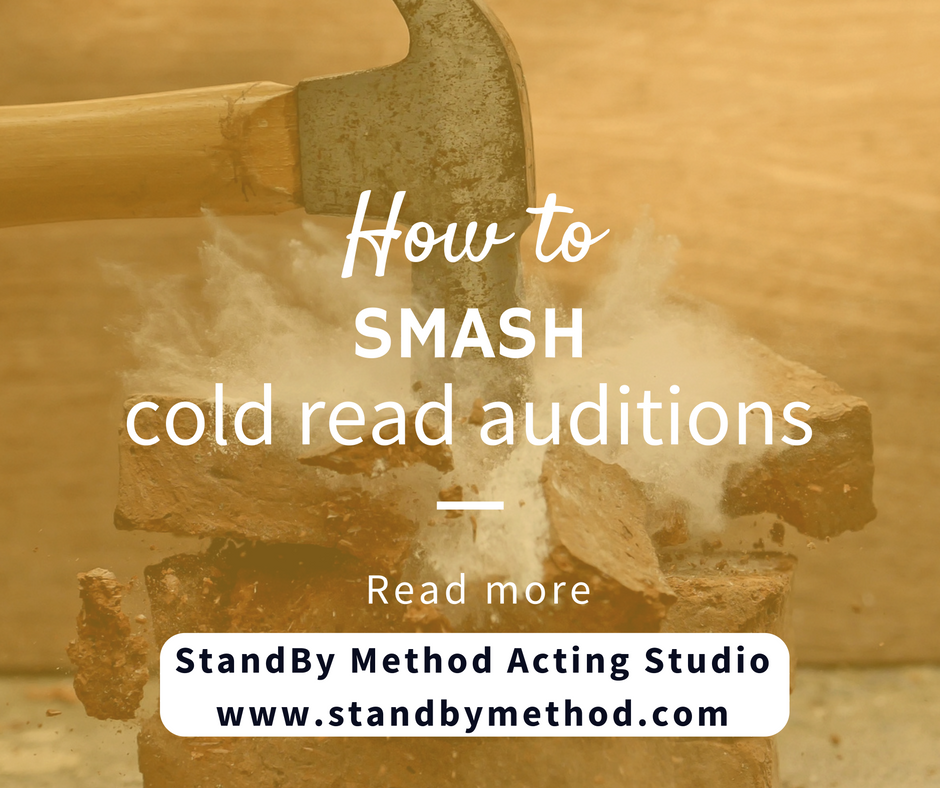 Cold reading used to TERRIFY me, in fact if I haven’t done it for a while those old terrors can start to creep back in IF I let them. Nobody’s perfect are they? Back when I first graduated from drama school I had no idea how to smash cold read auditions because everything I’d done in the training had been well prepared and rehearsed. I remember my first cold read audition brought me out in cold sweats. I felt so unsure.

I turned up with the usual audition nerves as we all do, but wasn’t worried by those as I had a couple of well oiled pieces under my belt should I suddenly be asked to share something of my choice. When I got to the audition I was given a script I’d never seen before and had 10 minutes to look at it. Want to know what happened? My mind went cloudy.

My audition went from worse to worse. It definitely was a COLD read because there was zero life in it. I must have looked like a rabbit caught in headlights. It’s safe to say I DID NOT land the role, but it was a very valuable experience.

WHAT IS A COLD READ?

A cold read is as I described in my audition; you are given a script that you aren’t familiar with and have very little time to get to grips with it and connect to it.

HOW TO SMASH COLD READ AUDITIONS

Before I get into the steps I want to let you know that most actors get bogged down with lines. You have to get yourself out of that way of thinking. Lines are about memory. The aim of any audition is not to see how great your memory is; nobody got cast because they could remember 5,000 lines of text. Auditions are your opportunity to showcase how well you connect to the text, your ability to bring a character to life and your chemistry with a scene partner (if auditioning with another person).

Let me know in the comments box at the bottom of the page, or share with a friend who hates cold reading.