One of the main concerns for actors is “feeling the emotion”. Lots of actors believe they haven’t given a good performance unless they “felt it”. I used to be one of those actors too so completely understand the thought process behind it, but I wanted to share with you why that’s not a healthy way of thinking and why you need to forget about emotions.

All of these techniques don’t give you the real emotion and as good as you may be at faking it, you will never move an audience in this way because it isn’t authentic. Just because you can cry on cue doesn’t make you a consistent actor, there are many other *things* to think about too. Fake emotions can be detected a mile off. What usually happens is that an actor will “feel something” during one performance but then can’t on the next. That is because there isn’t a solid technique being used and the actor becomes frustrated.

Lee Strasberg who developed “The Method” quite rightly compared emotions to children. Imagine you have a bag of sweets and you’re trying to get a child to eat the sweets (difficult task I know), if you force the sweets down the child’s throat it’s going to back off, but if you gently lure them in with a lovely lollypop they’re going to take it. The same is needed with emotions. Emotions are unseen energy until they manifest physically whether that be crying, laughing, a racing heart etc but they are also fragile. If you force them you become tense and the emotion can’t manifest physically, but if you tease it, it will surface.

Why you need to forget about emotions

Emotions are a by-product of circumstances yet actors don’t feel worthy until they can turn themselves inside out to produce real rage. How many times have you heard an actor come way from a scene saying “I really felt it”? Yet people in everyday life don’t go around trying to feel something. We are happy because of something external – a pay rise, landing the role, getting married, going on an adventure, eating our favourite food, speaking to friends. We are sad because of something external – a relative passing away, not getting the job, falling out with friends/family. We are nervous because of something external – that big audition, getting on an aeroplane, moving cities. I think you get the idea, but so many actors fall into the BAD trap of trying to conjure up an emotion before the scene starts and keeping hold of it for as long as possible. That is very unnatural and keeps you in an emotional bubble. By working this way we run the risk of getting out of control within the scene and going to places the playwright never intended

The other thing to note is that we as humans try to hide emotions when we feel them because we don’t want to bother others. We feel guilty for putting on others and exposing ourselves, especially us Brits. As an actor it is a far more interesting choice to see what happens if you don’t go full throttle into that rage or those tears.

What can I do?

I am a big advocate of the technique affective memory because it allows you to bring back those emotions on cue when needed, HOWEVER it’s wise not to use this technique unless you know what you’re doing, because you can end up opening up lots of cans of worms. If you’re not sure how to use affective memory safely stay away, there are other things you can do:-

When you start to work in this way, you take the pressure off yourself. There’s no point in getting worked up about an emotion because it’s counter productive. So when you get that crying scene, before getting anxious about being able to produce real tears, stop and take a minute to find other ways of working truthfully with it. You will feel far less exhausted and will begin to enjoy the scene rather than seeing it as a chore or resenting it.

I’d love to connect with you, please feel free to share any horror stories of emotional scenes you’ve had or when something has worked well for you. You can share them in the comments below. 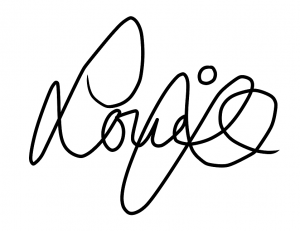 If you found these tips useful, you can grab yourself more tips completely FREE. Louise O’Leary is a professional actress, method acting coach and CEO of StandBy Method Acting Studio. Her mission is to help as many actors as she can achieve their acting dreams and become the best actor they can be. Join the hundreds of actors around the world who have downloaded her eBook “Respect your craft, discover my top 45 method acting secrets to launch your career”. bit.ly/free45tipsbook and be on your way to acting success today!

You can also head over to facebook.com/standBymethodactingstudio for inspirational advice and tips every day.

Or if you’d like to work with Louise and join the actors who’ve transformed their acting ability using the word’s most powerful acting technique, you can apply to audition HERE