3 things that keep actors in the day job 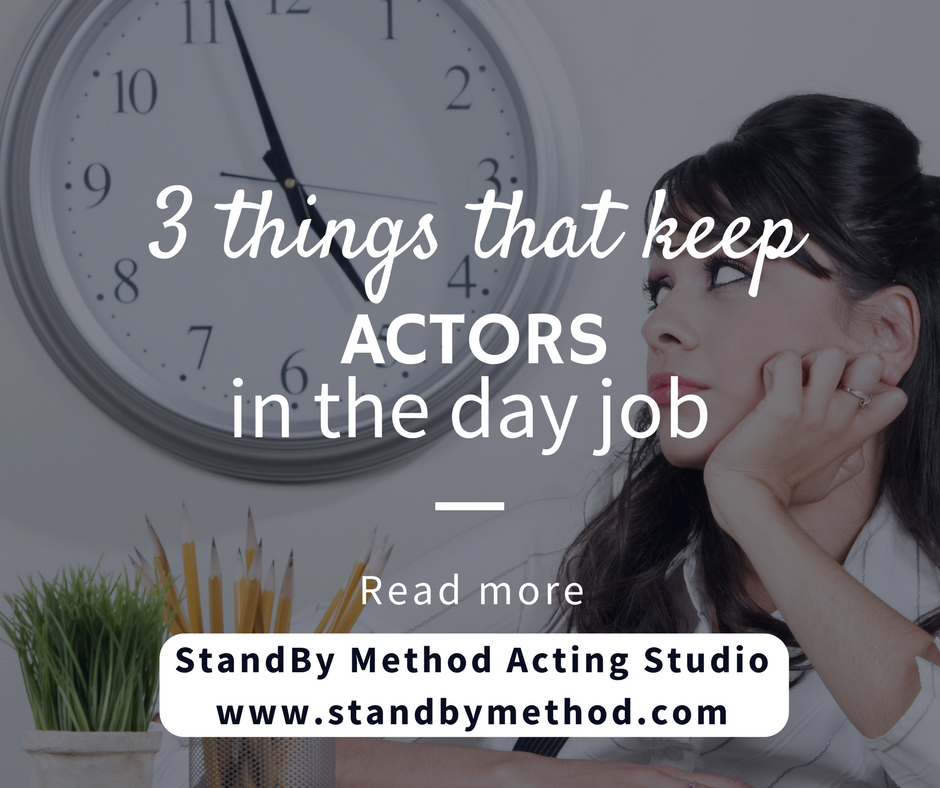 There are SO many things you need to know as an aspiring actor, it can be overwhelming. What you need to know more than anything (alongside your technique) are the 3 things that keep actors in the day job.

Nobody told me about these when I was studying at drama school, and I really wish they had so I could have been much more prepared for them and armoured with my best tactics. I finished my training, and aside from not feeling ready to work professionally, I was just as clueless as everyone else about how to make small steps to get away from the day job and start climbing the acting career ladder. I didn’t land an agent at the end of the three years and had to graft my ass off. I made a million and one mistakes, which is why I wrote this blog – so you don’t have to fall prey to the same traps I did and can save time.

3 THINGS THAT KEEP ACTORS IN THE DAY JOB

To conquer this, the actor needs to look at their beliefs and start taking steps to change them or they will always be stuck in the day job feeling unhappy.

A good place to start is getting clear on spare money left over after outgoings have been accounted for then putting money aside (in a separate bank account) each month, so there is spare cash available when it is needed. It would also be wise to keep track of your incomings and outgoings from your acting career so you can identify what the good and bad investments have been. Ditch anything that is not helping you move your acting career forward.

What resonated with you?

Let’s chat in the comments box below. If you want to share these tips with your acting friends who are struggling, just hit the social media icons below.