How to avoid predictable performances

You are here:
April 11, 2017Leave a commentBlogBy louise 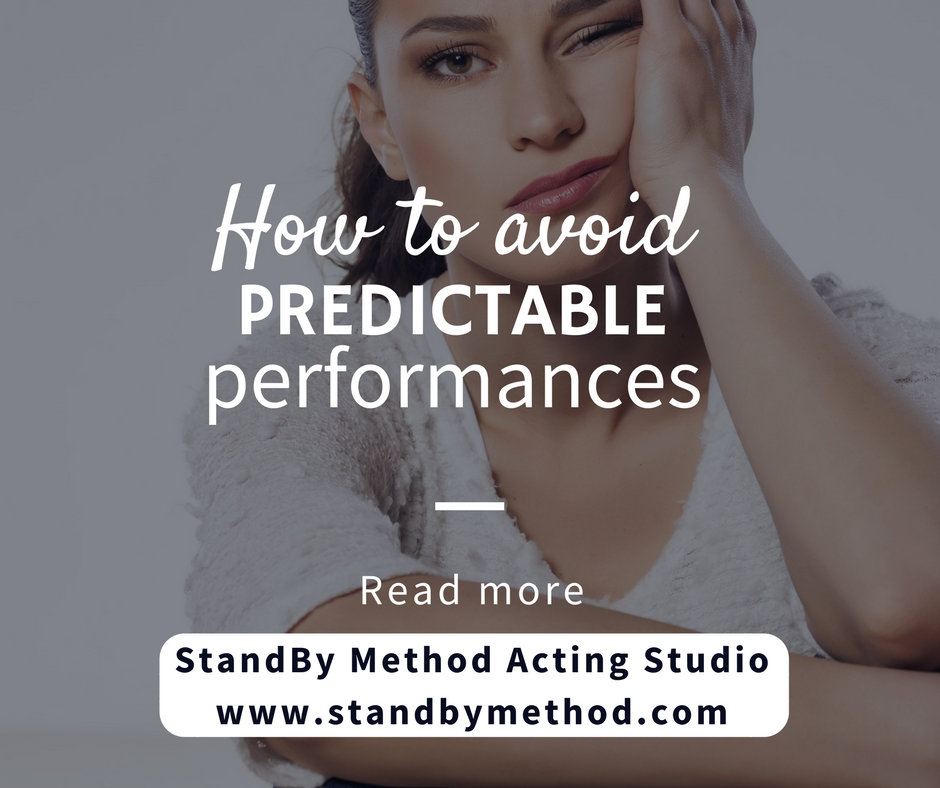 The dictionary definition of predictable is “always behaving or occurring in the way expected”.

I will regularly refer to the “audience”, my meaning of audience for the purpose of this blog is anyone who is not involved in the scene as an actor e.g director, producer, casting panel, the public or crew. All types of audience are equally important to actors because everyone has an opinion and that opinion can determine whether an actor works or not.

The problem with predictable performances is quite obvious; they don’t engage the audience. They result in lack of excitement or lack of focus on the performance, completely switching off (including literally – the tv, film, leaving the theatre, cutting the actor off during an audition) or being one step ahead of the actor by guessing what they’re going to do next. Predictable performances aren’t inspiring.

A casting director, director or producer isn’t going to want an unknown actor on board who can’t engage the audience. Taking on an unknown actor is risky. We all know that acting is a business and any business thrives on profits. If we take any of the actors who’ve had remarkable careers – Denzel Washington, Angelina Jolie, Daniel Day-Lewis, Viola Davis etc they didn’t grow a huge fan base or land role after role by being predictable, there’s something about their performances that keeps the audience on their toes and wanting more, which in turn means the production is much more likely to pull in a decent amount of money at the box office – or ratings if it’s TV, which keeps them in work.

You may not be at that point in your career yet, but it’s important to have something to aspire to. Predictable performances may get you so far, student film after student film, a decent amount of unpaid projects, the odd independent project maybe even some minor TV or stage work , but if you’re ambitious you’ll soon want more and may also become frustrated with your acting.

Actors, in my opinion, can’t rely on looks, there has to be obvious talent, which is the only thing you’re in control of in any production or casting. As I always say, the talent must do the talking.

HOW TO AVOID PREDICTABLE PERFORMANCES

These tips can be used straight away to ditch the predictable performances, no matter how much, or how little experience you have. You may not see a turnaround in your career straight away, but I promise you, you will make a lasting (good) impression with your audience and will leave them wanting more.

Let me know in the comments box below.

Want to share these tips with your acting friends to help them out? I’d love you to, as my mission is to help as many actors as I can. I only ask that you not be a sneaky Steve (sorry Steve’s) and claim my work as your own, credit StandBy Method Acting Studio.