How to avoid hammy acting

You are here:
June 27, 2017Leave a commentBlogBy louise 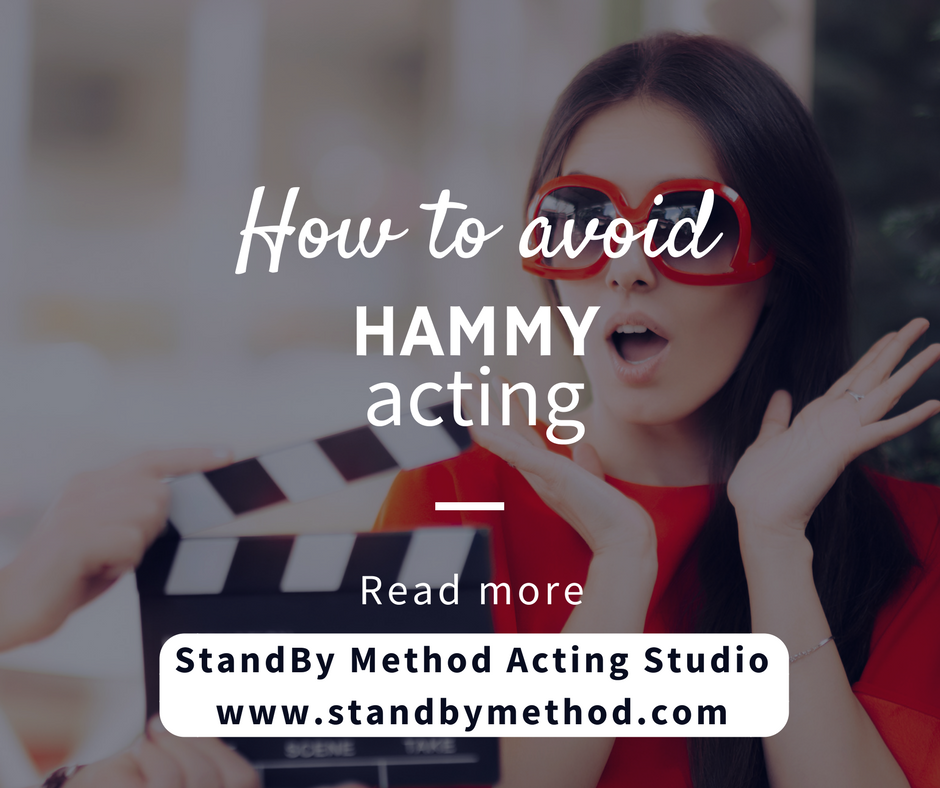 I wanna help you learn how to avoid hammy acting because it’s something that many actors slip into when they’re not sure how to connect to a character, or they don’t have a technique to carry them through a scene authentically but they really wanna be believable. Hammy acting limits the progression of actors and makes the dream of getting out of bed for a job they truly love much more difficult. Most actors I know want to show that they are versatile, hammy acting hinders that because it leaves an actor very limited with their skills

What is “hammy acting”?

I took this explanation from Wikipedia: “Overacting (also referred to as hammy or mugging) refers to acting that is exaggerated and overblown, usually in the proverbial sense. There are numerous theatrical euphemisms for overacting… A “ham” refers to an unskilled actor who resorts to overacting, and thus can be called “hamming“.

The problem with hammy acting

Some actors are not aware they’re being hammy because they’re so used to doing it, but it completely breaks the magical illusion for the audience. What they see are big gestures, big (demonstrated) emotions, big facial expressions and overall cliched acting. The “hammy” actor can at times feel like they’ve connected to something and “felt it” so they walk away buzzing that they’ve “nailed the scene”. This is dangerous territory because emotions are spontaneous and occur as a result of something that’s happened. The actor will never be able to replicate what they’ve experienced the next time they come to the same scene or moment, but they will try their hardest to do that, which leaves them feeling frustrated and so they revert back to hammy acting to try and capture it..

Lee Strasberg who developed “The Method” maintained that no matter how spectacular the (hammy) acting may appear, it will always be fraud. I have to say, I agree with him. But don’t worry there is a better approach.

HOW TO AVOID HAMMY ACTING

Don’t aim for a specific result – when you go into a scene with a set idea, you leave no room for spontaneity. This pre-conceived idea is always un-achievable and therefore the actor tries to compensate by doing more to get what they think the scene should be like. This results in a big lump of ham.

Less is more – An actor who overacts is going to feel weird doing less because they’re so used to working like the clappers in their scenes. If you fall foul to hammy acting, you’ll probably feel like you’re doing nothing when you take this advice on board. It doesn’t mean literally do nothing, it just means do less of the big stuff. You don’t have to show what you’re feeling, instead find the action the character will take to get what they want in each scene. It’s the audience’s job to get caught up in the emotions.

Know your default setting – these are the specific (bad) acting habits YOU go back to when you’re not connecting. You must figure out what they are so you know when you’re doing them (to be able to put a stop to them) and what is triggering you to overact. In my experience, it’s usually when an actor is inside their own head.

Don’t spoon feed the audience – you don’t need to show them everything emotionally and physically, they don’t need signposting because they’re more than capable of working out what’s going on. Showing your audience everything starts to get a little bit panto and predictable. Let them bring their imagination, life experience and emotions to the table too.

Surrender to the moment and allow each moment to land and process before you give your response. This is the best way to avoid hammy acting, but it takes practice.

If you found these tips useful, you can grab yourself more completely FREE. Join the thousands of actors around the world who have downloaded her FREE eBook “Become a professional Method Actor and make it to the top“. Download here and be on your way to a successful acting career!