How to immerse into the role the healthy way

You are here:
July 4, 2017Leave a commentBlogBy louise 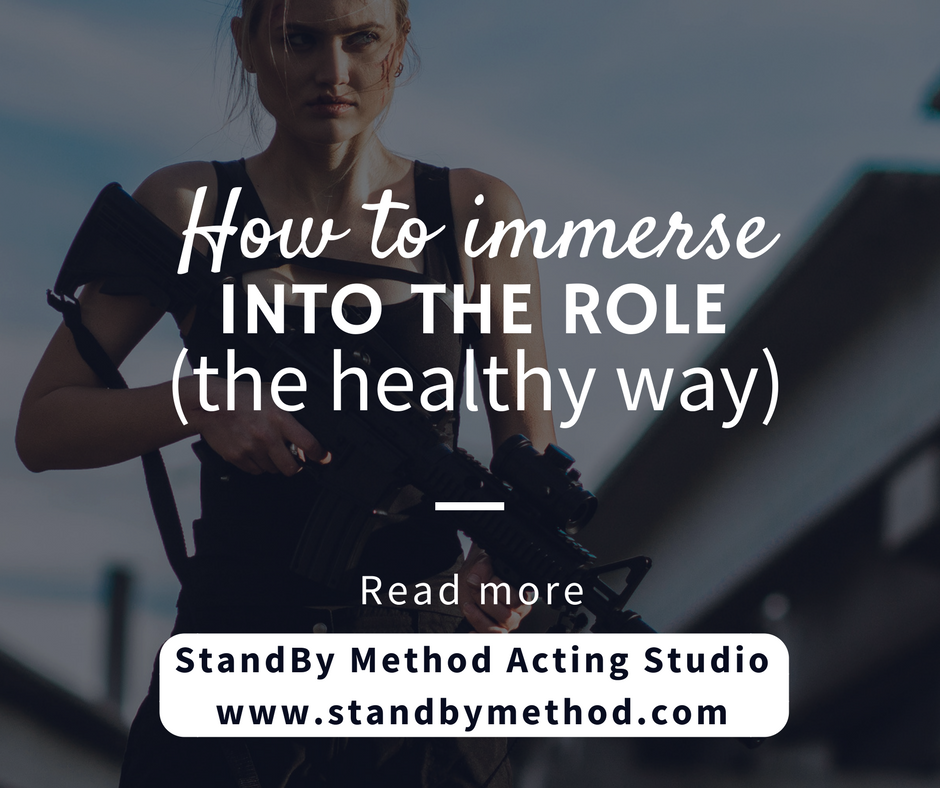 Many actors struggle with connecting 110% to the character, there’s always some niggle in the back of their mind that they’d not quite captured the essence of the character, that they’ve missed something, but aren’t sure what or that the character is so different from them it’s impossible to connect at all. If you’ve ever experienced this I’m going to share with you how to immerse into the role the healthy way so you never walk away from a performance dissatisfied again. I’d also like to make a bold statement and say that it is possible to connect to ANY character, no matter how far removed from you they may seem.

WHAT IS A CHARACTER?

This might seem like a really silly question, but it’s always good to get absolutely clear. Sometimes actors can get blindsided by the amount of information available on what the true essence of a character is.

Character: the mental & moral qualities distinctive to an individual.

Some actors get bogged down by emotions or by personality, but there’s much more to a character than that as you will discover in my tips.

HOW TO IMMERSE INTO THE ROLE THE HEALTHY WAY

Put these techniques to use the next time you land a role, whether that be in class, for an audition or in a production and notice the difference they make. My students use these techniques and get complimented on their acting at auditions.

If you found these tips useful, get more completely FREE. Join the thousands of actors around the world who have downloaded her FREE eBook “Become a professional Method Actor and make it to the top“. Download here and be on your way to a successful acting career!

Join the method acting army over on FACEBOOK and be part of the acting movement!